The 19-year-old actress began her career on Disney’s original series “The Suite Life on Deck” and had a recurring role on the CW’s “Ringer.” Deutch then moved on to the bigscreen with a role in the 2013 fantasy-romance-drama “Beautiful Creatures.” She was most recently seen starring as a lead in the film adaptation of bestselling novel “Vampire Academy.”

by Admin
Comments are off 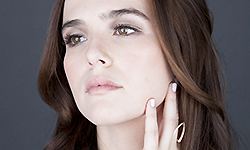